If you’re looking to start Bitcoin mining on a laptop these days, it’s a bit different than laptop mining for Bitcoin way back in 2009 when Bitcoin’s core developer Satoshi Nakamoto was first pioneering Bitcoin mining.

Currently, cryptocurrency mining is becoming more popular, and with future advancements in laptop’s hardware, the question to mine Bitcoin on a laptop resurfaces.

Can I mine Bitcoin with a laptop? It is technically possible to mine Bitcoin using a laptop. However, mining Bitcoin these days is primarily done using ASIC miners who are far more advanced than laptops and desktop computers, which makes it unprofitable to do so.

In the beginning, when the first Bitcoin miners evolved, BTC mining on a laptop or CPU mining as they call it was the only way you could mine for bitcoins at the time. At that time, there was not a specific mining laptop because the network was small, which let anyone with any type of laptop participate.

This golden window of opportunity was short-lived and was replaced with GPU mining in 2010 when a code was released that enabled GPU mining, which made central processing units or (CPU), financially unfeasible to mine Bitcoin.

Over the last eight years, mining for Bitcoin has primarily evolved into the use of ASIC chipsets engineered explicitly for Bitcoin mining. If you’re going to get any Bitcoins with a laptop or GPU these days, you’re going to need to go about it differently.

In this guide, we reveal several ways you can start earning Bitcoin with a mining software for your laptop, PC, and even MacBook if you want too. Whether it’s a gaming PC or a computer for regular use, this will apply to both types of devices.

How To Mine Bitcoin On My Laptop Or PC

Back when Bitcoin mining first started you could download a client and point your laptop to hashing directly on Bitcoin’s network to solve blocks. Over the years the difficulty on Bitcoins network has grown so significant that it would be almost virtually impossible to have any success solving blocks successfully with anything other than an ASIC Antminer.

So how is it that you can still mine on a laptop these days and earn bitcoin?

UPDATE: If your looking for the most up to date mining software for your computer then be sure to sign up for our private FB group to gain access. We track down the most profitable ways to mine Bitcoin and keep you informed. Sign Up here at Crypto Miner Tips

Well, there a couple of ways we can go about this with Nicehash being the most popular of them all. However if for some reason you wanting to pursue laptop mining on a Macbook then refer to instructions at the bottom of the page.

Nicehash is essentially a marketplace for buying and selling your hash-power.

Buyers looking into mining low difficulty cryptocurrencies without physically operating or owning mining hardware can bid on and rent computing power from sellers inside Nicehashe’s platform with a form of payment in Bitcoin.

All that is needed for sellers to participate in earning Bitcoin is to download and set up Nicehashes mining software on their laptop mining device.

Profitability for sellers can vary depending on hardware and the demand for hash-power from buyers.

Sign up for Kryptex to start mining today with ease and get paid in Bitcoin or even dollars. Click Here

Back late 2017 at Bitcoin’s peak the demand was so high that a lot of miners decided to sell their hash power as it was more profitable at the time than actually mining cryptocurrencies like Ethereum.

Nicehash has been around since 2014, and I’ve used them a lot personally without any significant issues. They did have a wallet breach in 2017 that affected a lot of miners, especially those who mined to Nicehashe’s internal wallet.

SIDENOTE: The safest way to protect your mined coins with Nicehash is to create an external wallet with Coinbase. Be sure to use the Coinbase Bitcoin wallet address when its time to set Nicehash up.

Once you get a Coinbase wallet set up then head on over to Nicehash so you can download the correct mining software.

If you have an AMD or Nvidia graphics card be sure to select the correct download.

After you complete the download, you’ll want to run the mining software for the first time by clicking on the executable file inside the download folder.

Give the miner a few minutes to boot up and have a copy of your Bitcoin wallet address from Coinbase ready to be pasted into the mining software when prompted under the wallets tab.

You’ll then need to name your miner something like Rig1 under the name tab, save it, and then hit start.

The miner will then run a series of benchmarks to test your laptop’s hardware across several algorithms and can take up to 2 hours depending on your machine’s hardware. Once finished the miner will start running, and you should begin to see the estimated payouts calculated on the user interface.

One of the significant advantages of using Nicehash over any other option is the fact your profits can be much higher when the demand from the buyer increases. With that mentioned its also one of its disadvantages as it can be less profitable if the demand from buyers isn’t there.

Up next on our list of laptop bitcoin mining software is Honeyminer. Unlike Nicehash where people have to rent your mining computing power to earn any Bitcoin. Honeyminer’s laptop mining software has your hardware mining the most profitable crypto coins directly into an exchange where they are cashed out in Bitcoin and then paid out to the miner.

Setup for Honeyminer is slightly different as you have to go to their website and download the mining software and install it on your PC device first. Once installed its asks you to set up a username and password which you’ll need later to withdraw earned Bitcoin.

From here its pretty simple, if you have a gaming laptop with a high-end GPU, then you’ll have the option to enable your device for GPU mining as well. After that, you’ll be prompted to the next screen and have the choice to turn the miner on or off and other configuration options like running only when at idle speeds.

Back at Honeyminer’s website you can now log in with the same username and password used in setting up the miner and go inside your dashboard. Be sure to click on the money tab and then the withdraw tab and paste in your Bitcoin Coinbase wallet address to receive Bitcoin payouts.

Now that we’ve discussed these two mining software’s it wouldn’t be fair not to mention both come with some small convenience fees.

Both have advantages based on demand and market conditions, so it’s tough to say which one is better over the other. In the end, you’ll have to try them both and compare them with your laptop.

However, if these both haven’t got you excited enough to start Bitcoin mining on your laptop, or maybe the fees turn you off the idea, then Option C of my secret weapon laptop mining software is for you.

Awesome Miner is another auto profit switching and auto currency converting miner. Perfect for anyone who wants to be sure their laptop always mines the most profitable coin no matters what without the fees.

However, this miner takes a bit more to configure and for set up instructions you need to watch this YouTube video.

We will mention that the software is free to use its basic feature’s which is fine laptop mining.

Out of all three bitcoin mining software’s for laptops, Awesome Miner is our favorite one to use just recently as it comes loaded with many unique features giving more flexibility for miners to reach profits.

Is Bitcoin mining with a laptop profitable?

Bitcoin Mining on a laptop in most cases will be unprofitable even with the help of an algorithm switching mining software like Nicehash unless you have free electricity.

Even then it might bring you a few extra dollars a month and yes at times when the markets are going crazy like last year in 2017, you can see higher profits.

These are great opportunities to take advantage of the quick profits and upgrade your mining hardware as gains like that won’t last long. Laptop mining is mainly for the occasional hobbyist or someone who’s trying to familiarize themselves with the mining community.

On a final note, I do want to mention that there have been reports of people laptop mining newer cryptocurrencies as there first released so they can take advantage of the low mining difficulty and high block rewards limited window of opportunity. So be sure to check out our full article when it gets published.

Will Bitcoin mining damage my laptop?

Mining for cryptocurrency on a laptop can be considered risky due to its fragile design for exhausting heat produced from mining. Continuing to run a laptop 24/7 mining can lead to overheating and eventually cause your notebook even to fail if left neglected.

If your mining while running other applications on your device you may start to experience lag issues. One way to prevent this from happening is to shut the miner off during times of regular use. Though your laptop won’t be mining while you’re playing a game and surfing the net you’ll be playing it somewhat safer this way.

I would also like to mention the mining with your laptop on anything other than a hard surface can restrict a laptop’s airflow and cause thermal issues. In fact, it might be best to use additional fans like laptop coolers to ensure your computer is getting enough air circulation.

What is the Best Laptop for Bitcoin Mining?

Essentially any recent gaming laptop would make a good laptop mining rig as they come with more advanced GPU power than traditional laptops. However not all Graphics cards are created equal, and so it’s important to know which GPU comes with your device and cross-check its benchmarks at GPUstats.com.

As for the best laptop brands for mining Dells Alienware and Asus make some of the more higher-end gaming laptops, but if we were to buy one for dual-purpose gaming and mining, go with a 1060 6gb or 1070 8gb GPU for best laptop mining profits.

Can I mine Bitcoin on a MacBook?

UPDATE: Use Cudo Miner for Mac computers as its the most profitable mining software these days. Scroll back up to the top of the guide to join our FB group and get started mining.

Yes, Bitcoin mining with a MacBook is possible with the help of a mining software called Niftyhash.

The setup will be the same process as Nicehash, plug in your Coinbase Wallet Address and start the miner to begin benchmarking. Once that’s done the miner will automatically start mining.

This concludes our complete guide on Bitcoin laptop mining. If you feel the information we provided you was helpful or needs adding of additional details then please leave a comment below. Be sure to check out our other guide on mining Ethereum on your laptop and our full guide on mining Bitcoin on a mac as well. 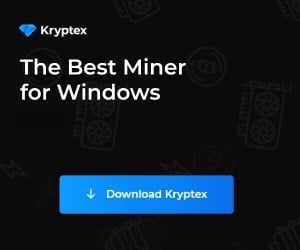 The Secret To Crypto Mining is a Click Away

Download Our Guide To Mining and Start Mining in The Next 30 Days!