They are built well, and Mac OS is very intuitive and capable, but what you don’t hear Macs do is mine bitcoin.

It is technically possible to mine bitcoin on Mac or MacBook Pro these days; however, it is no longer profitable. You will need equipment (a mining ASIC) that is dedicated to mining cryptocurrency.

In this article, we will be going more in-depth on why Macs aren’t the best choice for bitcoin mining; if you want to learn more, we encourage you to read more! However, before we begin let’s start off with a refresher on Bitcoin Mining to fully understand the issues behind mining Bitcoin on a Mac computer.

A Brief Explanation and History on Bitcoin Mining

Bitcoin itself is a form of cryptocurrency that is used to exchange money between users safely. You can either pay real money to acquire it, exchange it with another cryptocurrency, or earn it through mining.

Mining Bitcoin using computing hardware in a race against each other by performing random guessing games of complex math problems for a chance to earn Bitcoin.

Back when Bitcoin was brand new in 2009, and no one knew what its value would be today, you could mine around 50 Bitcoin a day on a laptop equipped with a CPU only. This was the beginning of the digital gold rush for early adopters. 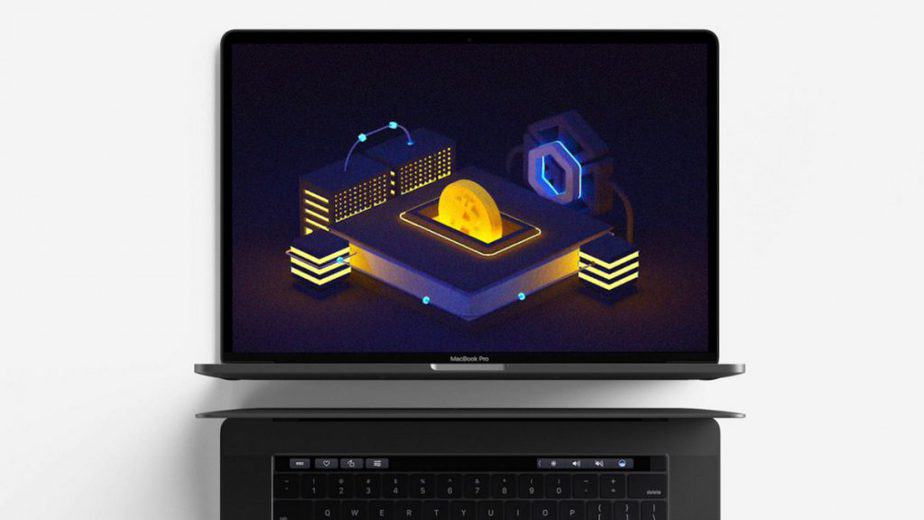 In 2013, chinese manufacturers developed the first ever ASIC miner (more on this later) which was far more efficient than all of its predecessors and to this day ASIC Miners have become the standard mining hardware of choice for mining Bitcoin.

ASIC miners or application-specific integrated circuit miners are designed with one purpose and one purpose only, and that is to mine cryptocurrency.

Trying to compete against these more advanced miners using everyday at home computers or even high-end gaming computers to mine Bitcoin is a huge no-no as ASIC miners can perform many more calculations per second (known as Hashrate), which gives them an unfair advantage over consumer-grade computing hardware when it comes to mining Bitcoin.

GPU and CPU Mining still lives on but only for mining altcoins like Ethereum or Monero. If you’d like to learn about both forms of mining, you can check out our CPU and GPU mining guides to learn how to get started with each one. Additionally, check out our guide on Bitcoin Mining to learn more about mining Bitcoin with ASICs. For now, let’s get into the topic of mining Bitcoin on Macs, which isn’t as commonly referenced as mining on a PC or ASIC.

The Problem With Mining on Macs

What do most people buy Macs for? The Macbook Air is very popular with college students because it is thin, lightweight, built very well, and can handle anything a student will do. They are also the most affordable of the Macbook lineup, starting at $1,000 as of writing.

The Air runs fine; most are equipped with either core i3, i5, or i7 Intel processors, which will get the job done for general use; however, something is missing here: a discrete GPU. The Macbook Air is a general-purpose laptop and is reliant on intel’s integrated GPUs. Thus, they aren’t very good for anything remotely graphically demanding, including mining crypto; you will need a decently powerful GPU for that.

As for the Macbook Pro, the 16-inch models are the only ones that come with a GPU equipped, but that still won’t be enough – more on that later.

The M1 Macbook Air and Pro, which was released recently as of writing, provides substantially more power over their intel predecessors, but again, this still won’t be enough. 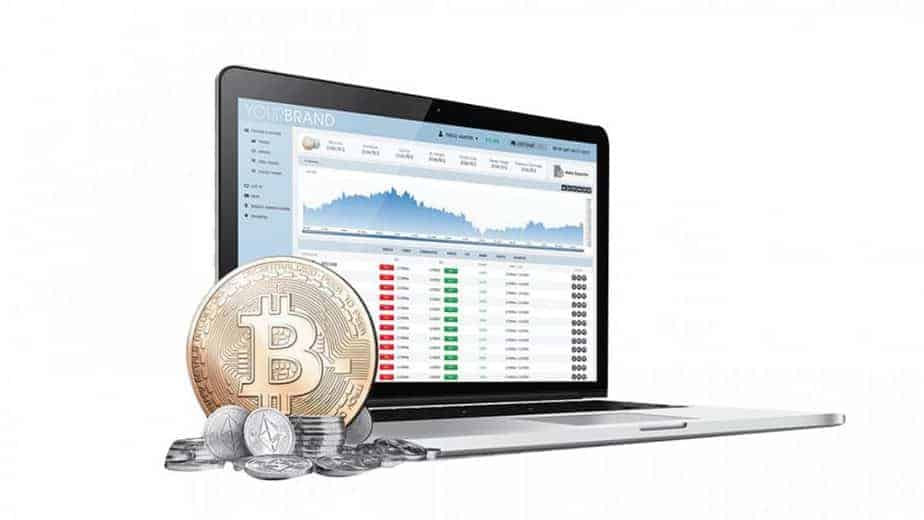 What About the Desktops?

Apple also sells its computers in desktop form, and you have 3 to choose from:

The Mac Mini that most people will have as of writing doesn’t come with a discrete GPU. It is an entry-level mac for people who want a desktop PC that runs Mac OS. It is excellent for general usage and productivity that doesn’t require much power, but not much else. It is the equivalent of the Macbook Air but as a desktop.

The same is true of the new M1 mac mini; it is a huge performance boost over the intel versions and will be around the same capabilities as the Macbook Air and Pro.

The iMac is a step up, and the higher-end models come with Radeon graphics starting with the Radeon Pro 555x up to a Radeon Pro 5500 XT.

The Mac Pro is the no-frills Mac, it is the best of the best and is made specifically for Pros that need a lot of power, and with a current starting price of $6000, it is no secret that it isn’t targeted at the average person. In theory, you could spec this monster so high that it would be a mining beast, but it won’t make much financial sense if mining is your main or major purpose

You could build a GPU mining rig that is much more suited for mining Bitcoin for $6000+, or get the latest and greatest ASIC miner, which leaves the Mac Pro as a great workstation, but not a good option for mining.

You can spec the Mac Pro to the point you’ll think “NASA wants their computer back” it will handle anything at that point with a 28-core Intel Xeon W processor and two Radeon Pro Vega 2 Duos.

But mining still isn’t the purpose of something like the Mac Pro, even if you spend new car money on what is essentially a mini supercomputer under a desk. It’s a work station for those with a career that can quickly pay back a computer’s cost that is this expensive. And as we mentioned above, you can build an awesome GPU mining rig or get the latest and greatest ASIC for the money you’d put down for a Mac Pro, nevertheless an upgraded model.

The main reason why mining on a Mac or a consumer PC in general won’t produce the “get rich” results you are looking for is because they aren’t powerful enough to do the many different calculations required to produce great results.

It takes MUCH better GPU hardware than even the beefiest of workstation PCs to generate results that most people are looking for, hence that is where dedicated mining rigs come into play, they use many GPUs that are working together to solve many calculations.

As for an ASIC, they are designed to only mine Bitcoin, they have a special chip that is solely dedicated to solve as many calculations as possible, hence why they are generally the best way to go if you buy the right machine (more on this in a bit).

There is a chance that Apple’s upcoming Silicon Mac Pro could be a lot more efficient for mining depending on how powerful it is and if it uses a relatively low amount of power. But for now, your best options are a mining rig or a powerful ASIC machine.

What To Look for in an ASIC

For Bitcoin mining to be truly profitable, we established that you’d need an ASIC (or a mining rig, but an ASIC is optimal). But you can’t just buy any ASIC; you’ll have to shop smart. Here are the three main things to consider:

Price. It’s trickier to shop for an ASIC than most other tech equipment because while high-end machines can mine a lot of Bitcoin, they will likely use a ton of electricity. The end goal for an ASIC is to perform as many hashes as possible while using the least amount of electricity possible.

Always research whatever ASIC you are looking at buying to make sure it meets modern standards and remember that a bigger investment now can lead to bigger profits over the long haul, or in other words, you’ll want to shoot for a good ROI rate over buying cheap for the sake of it.

As of writing, the Antminer S19 Pro is one of the more profitable ASICs out there. Always check asicminervalue.com before purchasing any equipment because, as you can see when going down the list, many of them aren’t worth it, and some will even lose your money. Also, make sure that they mine Bitcoin specifically and not another cryptocurrency.

It’s hard to tell when Bitcoin will have spikes, buy equipment with the intent of making money with the current value of the cryptocurrency to keep expectations in check just in case. You probably shouldn’t quit your job over it unless you are prepared to blow a ton of money on equipment proven to be profitable.

But even then, that is a risk. Luckily Bitcoin has seen a recent spike, so that is proof that it is climbing in value, but remember, there is never a 100% guarantee on how things will look years from now.

You can mine Bitcoin using a mac or any computer. But it just won’t be very profitable unless you have low expectations.